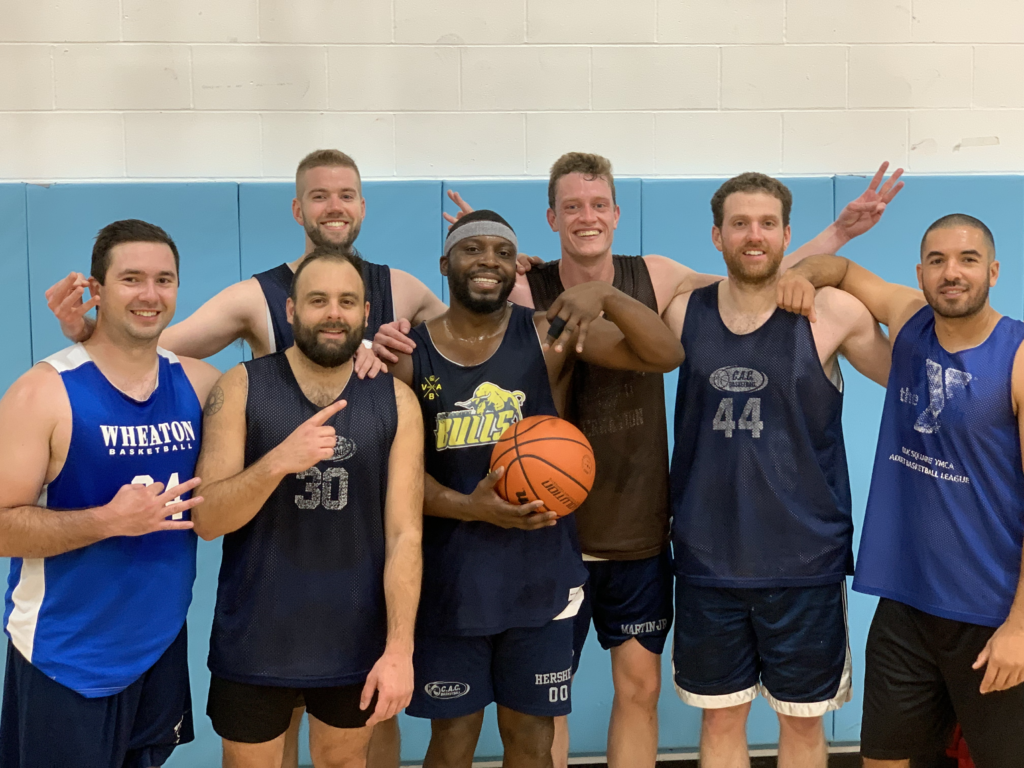 The Spida Men have always had the talent, but inconsistent attendace has plagued them this season. Still, they made the playoffs as the 6th seed, and I really had no expectations for them to beat ZARDS in the first round, nor Shooters Shoot in the next round. Spida Men clearly do not care what I or anyone else thinks, as they pull off both upsets to advance to the championship against #1 seed DRBL next week. Holding on to a 29-26 lead at the half, Spida Men came out firing in the second half, pulling away to win in a convincing fashion 68-52.

It was well-rounded effort from the entire roster, but Jamal Brown stood out. He finished with 25 points, 6 rebounds, 3 assists, and 1 steal, even making the first three-pointer of his illustrious CAC career. He’s truly an incredible finisher inside for someone his size, using his strength, quick floater, and solid footwork to make layup after layup, basically whenever he wants. Danny Martin Jr. played a solid game with 12 points, 10 rebounds, 1 assist, 2 steals, and 1 block, using his length to lead the game in rebounding and finish well inside. Cedric White came alive this game, adding 10 points, 2 rebounds, and 1 assist. He’s usually more of a facilitator, but he’s finished well all season and made the most of his open looks this game. No one else on Spida Men scored in double digits, but all found ways to contribute regardless. Eric Flemming hit two threes and threw a crazy no look pass to White to finish with 6 points, 1 rebound, 1 assist, and 1 steal, while Billy Battagalia added 5 points, 5 boards, 1 assist, and 2 steals. Tim Gallivan finished with only 2 points, but his 8 rebounds and team-high 4 assists were impactful in the win. Nick Mazzeo hit one three to finish with 3 points, 3 rebounds, and 1 assist, but he still holds the #1 spot for most random beef in the league with SYTMTAC’s Keith Baranowski. Hallvard Lundevall might have been the most important player for Spida Men this game. He finished with 5 points, 2 rebounds, 2 assists, 4 steals, and 1 block, and his defensive effort on Andrew Jaworski was stellar. His effort set the tone for his team, and they fed off of his energy to pull out an impressive win against a Shooters Shoot team that I had winning the A League this season.

Shooters Shoot didn’t play their best game, finishing seven of twenty-one from deep. Still, they’re always a fun team to watch because of their ball movement, unselfish play, and skill on both ends. Andrew Jaworski finished with 15 points, 5 rebounds, 2 assist, 1 steal, and 2 blocks. He’s been unreal all season, finishing second in the MVP race and giving defenders fits. Shoutout to Hallvard for slowing him down, but Jaworski still got his and showed off an array of moves that make him the offensive juggernaut he is. Stephen Tam added 13 points, 3 rebounds, 2 assists, 5 steals, and 1 block. He’s such a smart player, always getting in passing lanes and stripping guys on the way up while also moving the ball on offense and scoring when he’s called on. Great season from him as well. Adam Lindhorst came out firing, making an impact in all aspects of the game. He finished with 8 points, 7 boards, 3 steals, and a game-high 6 assists. He did it all as usual, but it wasn’t enough to hang on. Hugh O’Neil finished with 10 points, 5 rebounds, 3 steals, and 1 block, while Vinny Cortina added 6 points, 5 rebounds, 1 assist, 1 steal, and 2 blocks. Fill-in Andrew LastName added 6 boards and 1 steal. Ben Check’s sharpshooting and David Reynolds’ versatility would have been huge for Shooters Shoot this game, but ultimately, credit goes to Spida Men for a huge win to advance.