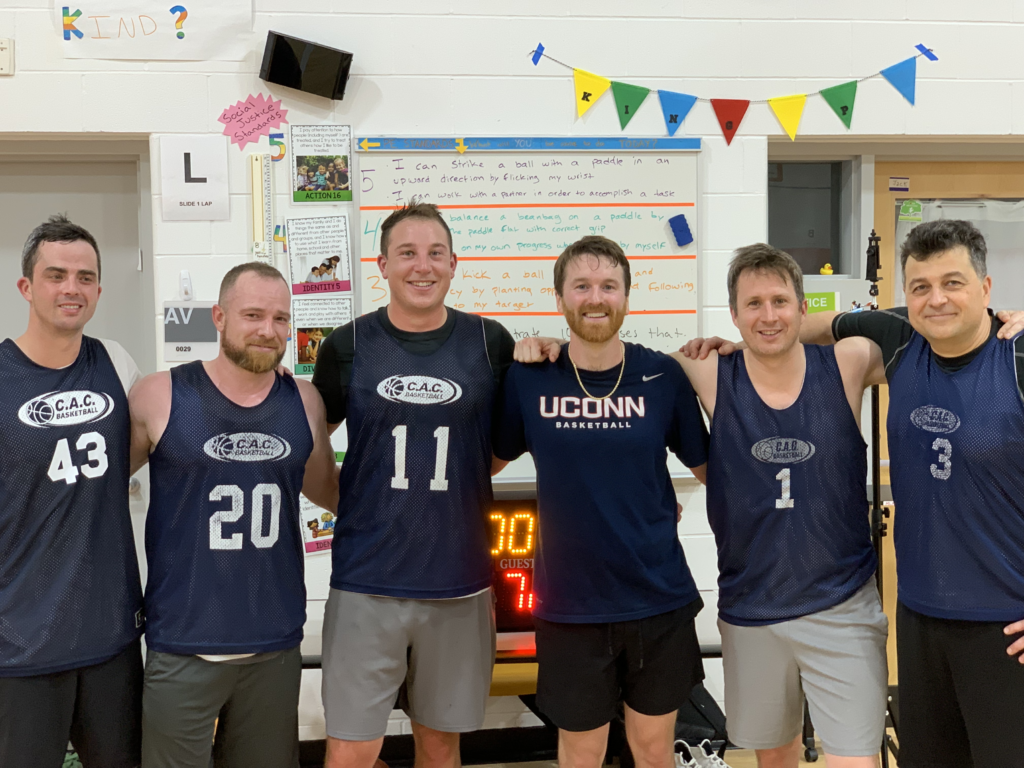 Even without Casey Tenney, Return of the Prince (ROTP) pull out a solid win against a hungry Latrell Sprewell team. After taking an early 29-14 lead into the half, Latrell Spreewell mounted an impressive comeback, cutting the lead to only 5 points at one point late in the second half. ROTP managed to get their lead back up to 11 and took a 52-41 lead into the Elam period, where they finished out the win by a final score of 62-48.

With Tenney missing, Nick Frongillo had the complete green light, and he took full advantage. He finished with 38 points, 11 boards, and 3 assists, knocking down six of nine free throws and six of ten threes, despite finishing the first half shooting two of six (perfect four for four second half/Elam). He got to the basket in addition to his hot shooting, and made some nice passes to Frano inside as well. Without Tenney, I questioned where ROTP would get their shot creation from, but Frongillo stepped up massively, accounting for 44 of his teams 62 points (points + assists). Great performance from him. Andrew Gilles also had his best game of the season with 14 points, 8 rebounds, 1 assist, 1 steal, and 1 block. His three offensive rebounds were all airballs that he immediately put back up for scores, and he hit two threes plus another layup for an impressive 14 point performance. Frano Irvine added a 10 point, 21 rebound double-double, plus 3 assists, 2 steals, and 2 blocks. He finishes well inside and is currently second in the league in rebounding (behind only his teammate Tenney). On defense, his presence alone is enough to deter shots, but he’s quick on his feet and has good timing on his blocks, too. Ian Marlier added 11 rebounds and 1 steal, plus some solid defense inside. Without Tenney, this is a solid win from ROTP and a confidence booster from Frongillo and Gilles, who both had their best games of the season. Next week, ROTP will face off against a hungry SKELLEY team who need a win to get into the playoffs and who are coming off an upset win against the league’s top team in JGUTE.

Latrell Spreewell played a solid game, but it wasn’t enough as they fell behind too far and couldn’t stop Frongillo. Luigi Sanon had another monster performance with 22 points, 12 rebounds, 2 assists, 5 steals, and 2 blocks. He’s strong down low, but stretches the floor as well, shooting four of nine from deep. His motor on defense stands out the most, though, as he continues to rack up steals and blocks with his smart play and sheer will. He hit some big shots and did everything he could to keep his team in the game. David Bradshaw played another solid game with 12 points, 12 rebounds (6 offensive), 3 assists, and 4 steals. Like Sanon, he’s got plenty of skill, but his effort stands out. He’s always going hard on both ends, and his offensive rebounding helped his team make their late second half run before ROTP pulled away. The only knock on Bradshaw is his subpar three-point shooting, but his mid-range is money, so it’s hard to know. Ben Stephenson is another guy who gets after it, especially on defense. He finished with 11 points, 8 rebounds, 3 assists, 3 blocks, and a team-high 7 steals. He’s got active hands, quick feet, is strong for his size, and makes smart reads on defense. He hit three lefty layups (always impressive in a men’s league) and one three, but the defensive effort was second to none. Ben Butterworth added 3 points, 8 boards, 2 assists, 1 steal, and 2 blocks, while Dan Fraher added 4 boards, 1 assist, and 1 steal. Overall a solid effort from Latrell Spreewell, but their gambling defense allows a lot of easy buckets when they don’t get steals, and they couldn’t pull out the win. Next week they face 2D3? in a must-win game if they hope to make the playoffs.