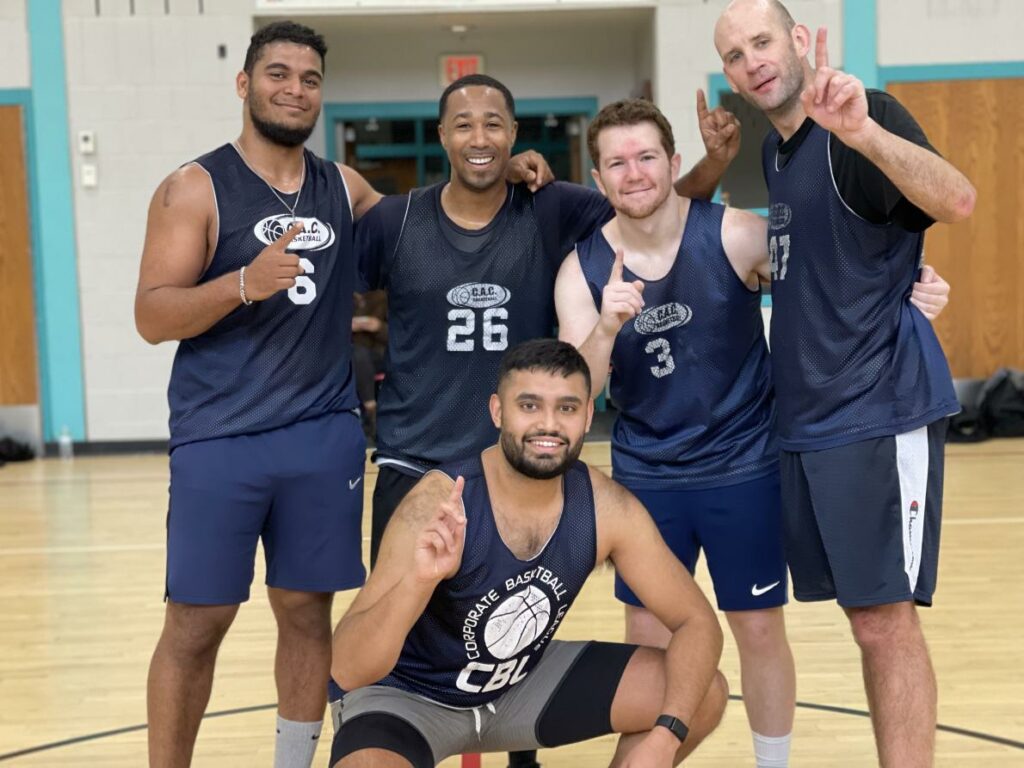 There was nothing on the line for either team in this regular-season finale matchup. Nick Mazzeo (34 points, 8 rebounds, and 7 assists) got off to a hot start hitting his first 3-point attempts but would go on to struggle mightily down the stretch.

Craig Borengasser (23 points, 23 rebounds, 6 assists, 3 steals, and 3 blocks) had another monster game on both ends of the court, despite his struggles early on. Team ORELLANA and Rob Wood (19 points and 17 rebounds) did their best to slow him down but had no answer for the skilled big man.

Tim Roberts was second in points on team BALCERZAK with 19 points, 7 rebounds, and 2 assists. He continues to be an absolute problem on both ends of the court and a nightmarish matchup for every team in the league.

Zack Connell and Leo Costa would be key contributors as well, in a game that was never particularly close.

These teams will match up again in two weeks, so I am hopeful for a more competitive game. Great game fellas!

Players of the game – Craig Borengasser and Tim Roberts

Our start date for the WINTER 2023 season is TUESDAY JANUARY 17th. Sign-ups are open now! We have a completely new sign-up process this season. Check out the FAQ and new sign-up links here:

Everyone MUST sign-up online through the new system. “Tibbs Hold my spot” won’t cut it this season. Payment is not required to hold a spot at this time. However, unlike in seasons past, paying for a spot is what locks you into the draft board. Players can get off the waitlist by simply paying the league fee.