Should have posted this 4 months ago

This was done back in October, but never posted – here’s this ‘effort’ and another one is one the way eventually. MAYBE. Additional notes will be found in the footnotes to this things. Suck it up and deal with it!

From 10/16/11
That’s right, I’m roman numerically numbering my mailbag that I’ve split up.  Suck it

These are much more recent emails[1] (note: post June ‘11[2]), mostly from between seasons, you all are pretty intense at letting me know what’s what. Anyway, let’s start this one off with some Photoshop.

I have a buddy at work who really likes to photo shop.  I was showing him pictures from the B2 title game that Claffey took and he went Mortal Combat on me… Awesome, although it would have been better with Greer’s head after Wheels of Steel SHOCKED the B2 league and knocked out Warrior Country[3] and the sharp-shooting CTC squads.  Man, that was so long ago, these emails are old again! I really shouldn’t have started this in July[4]. DMac got a little creative with one of the team pics on the website.  Wear CAC Jerseys or risk them being blacked out!

Those are quite the write-ups. For what it’s worth, I used to work in Sports Information and know how time-consuming all that jazz is. I didn’t get to make fun asides or witty comments in my write-ups, though. Looks fun. Thanks for all of the time you put into this league! I’m excited to start. ~Stetson

I believe that since you couldn’t win Wednesdays, you think you have a shot at Mondays…its a LONG shot, that none of us are going to allow 🙂 DAngillilo

Sweet D was right in assuming that the JShore Franchise Co-Ed squad headed to the West (from the East) in search of easy pickings.  Little did the Danielle from June know that SBTS would FAIL in the West and then have to have a new division created on Tuesday nights just so that we’d have a shot at winning in the playoffs.  At least she brings me beer now[6].

I asked all my teammates to give me a check for the Tuesday league saying I spotted it make a check out to me etc. Mccoubrey (yes he is a bank teller) made the check out to the CAC, which is a minor upgrade from last time when he wrote a check to me and then endorsed it himself on the back. ~Dills

What is it with the Warrior Country guys and not being able to cut the check? Frenchy made that same mistake heading into this season as well. Get your shit together Dills!

This must have been the most scrubalicious tournament ever.  I’ve seen Kap play beer pong, he’s not even that good!  As usual, BArms must have been carrying him.  Hope the concussion clears up soon man[7]!

The Monstars want to change Andrew Rohman’s name on the website to Rev Rip Rohman.  Apparently he actually did the online thing to be ordained a minister and he played with the Rip Hamilton mask after busting his nose haha.  Again, if its too hard, no worries ~RDeezey

To hard? Please, I got your Rory! Anyone else want their nickname on the site? I totally have the power.  All the power…

You know with me it’s all about team – always has been, always will be.  But Noah[8] did not hit 2 3-pointers last night – nor any other night – since we arrived at the CAC.  I had 7.  Also, it was my first game without goggles and I got dumped by a broad (for the first time in my life) just a few hours earlier.  Just a little deep background info for the write up. ~DMurph

There is nothing worse than getting dumped by your sugar momma right before a big game at the CAC. To then come out and hit SEVEN threes and only get credit for 5 is a travashamockery. Needless to say I immediately fixed his stats.

Tibbs, The, Slippery Eel, made famous by Kevin McHale. [It’s shown] many times in the video but 1:35 in is a good example. http://www.youtube.com/watch?v=dlSZC4TAYVc Always respect out of shape white guys with no size or scoring ability who play somewhat hard some of the time. ~JSinnott

That’s exactly what I’ve turned into, an out of shape white guy with no size (seriously, the leagues are getting huge people) or scoring ability who play somewhat hard some of the time! I’m sure all my teammates are thrilled by my effort lately. Maybe I’ll turn it around, but probably not. 6 threepointers a game for me! I’m guaranteed to hit at least 1 right?

This has been his excuse for all of 2011 and for not playing in the Winter 2012 league. Is that guy even alive anymore? Also, big shoutout to Dills for making the mailbag twice in one round. That doesn’t happen very often. The lesson, as always, is to simply email me relentlessly and hope I don’t ignore you.

More than happy to share the brilliant Dougie t-shirt design with you. Please see attached! 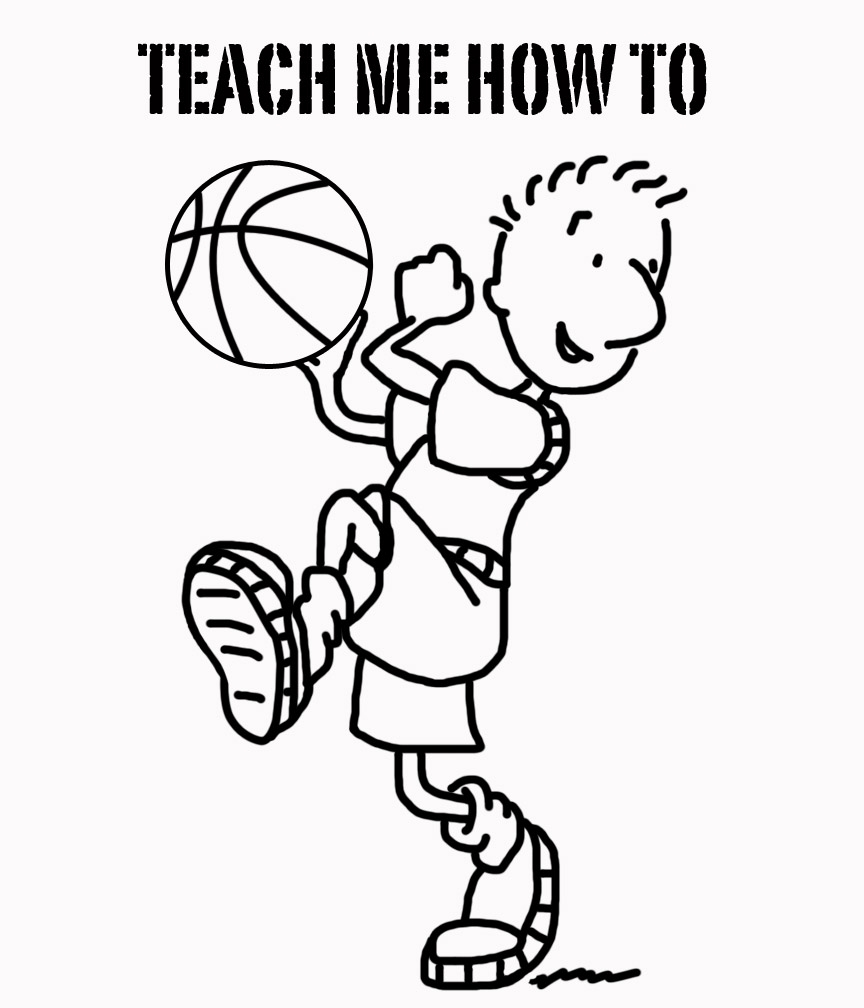 It’s show and tell time here in the Mailbag, the Deluxe Pictoinary version at least. Loved that the Dougies came up with their own t-shirts before the playoffs before the Winter 2011 season.  And the purple warm-up shirts worked as they upset the Pink Ninja Assassins in round 1. To think, if Matty Bells hadn’t bagged out that during the Spring 2011 league that random Wednesday night I never would have known they existed[9]!

Gentlemen, As some of you know, this topic has been discussed casually for some time now, but we’re finally putting it to action!  I’ve spoken at length with Celli and Roberts the past couple of days over beers and gchat and we’ve decided to put together the first ever Fantasy CAC Co-Ed Basketball League.  We have some settings in place for an 8 team league and we want YOU ALL to be the 8 team managers.  Here’s how it will work…

Oh man oh man oh man that was so much fun in the Fall season! Unfortunately, Rory didn’t want to ‘be in charge’ for season 2, so we’re taking a season off, but I will totally run this league in the Spring. It helps that I won the first season (pretty sure TJ, Nick and Austin still owe me $20 for winning[10]!). This was the coolest nerdy thing I’ve ever done and I will not deny that.

Tibbs, I thought you would like this!
Action required:  Please watch “Nothing But Net” Highlights:  Brightcove vs Brightcove Basketball Game
Trash talking is done, the game’s been played — enjoy watching your colleagues in the “heat of battle” 🙂
Can’t wait for the grudge match!
A very special thanks to Marcus Brown (our videographer intern) for putting this together – awesome job Marcus!! ~ Kush
I love the direction the leagues are taking with all the video.  Matty has an iPad and will start turning out more, FP was filming regular season games in the South in the Spring, and I’ve got a boat load of Champ videos to edit[11].

I partially blame myself for the existence of Tibbs at the CAC.  Back when I was one of the only stat keepers I wanted a night off, so I asked Tibbs if he wanted a job for some free leagues.  No way he would have stuck around this long if he wasn’t playing for free.  Everyone knows how cheap he is….

Next thing you know he is firing the Wolverine, a pure power play, don’t believe retirement story.  O’cal was suspended from league play for a few seasons.  He only went to law school due to the excess free time that he had.  I don’t blame Tibbs, O’Cal was a threat to his power and a force to be reckoned with when he was rocking the jorts.

I’m sure Tibbs would try to get rid of more people that were here before him.  I hear DMac may have hired a body guard but I don’t think he has to worry.  Tibbs needs at least one reliable ref on the payroll.

Aww, Serge is passing along inspiring words, knowing that my 4 year anniversary at the helm of CAC just passed[12]. God I can’t believe it’s been that long, but he got one thing wrong. Cleary I do care, I wouldn’t have ousted all those other guys (anyone seen Gerrity lately either? Didn’t think so). So yea, don’t mess with the man with a cushy job, he’ll do anything, and I mean anything, to keep it.

[1] Ha! these are no longer recent emails, I have another full batch ready to go! [2] but pre-December ‘11 [3] This is happening every season now, it’s no longer shocking. [4] I am so lazy, time to turn that around. Again, MAYBE [5] Seriously though, anyone looking for a part-time gig?! FREE LEAGUES! [6] We lost in the South (Tuesdays) as well, so dumped Tommy Kahana (FINALLY) and have moved on, we WILL win again, and without Terry. Everyone ignore our 0-2 start please [7] It did, and he dropped like 55 points last night over 2 games in the A Draft league. He’s just fine [8] we’re not talking about DocSpauld [9] You’ll be happy to know the Dougies are back in the Women’s 5v5 League and running ish all over again. If they happen to have a extra XL, I would totally rock it! [10] I see you ALL playing Co-Ed on Monday or Wednesday – Give me my money bitch [11] This is still a true statement, they’re coming, they’re coming! [12] That was back in September 2011, I’m still here and working on year 5.